In early 2014 I was lucky to be part of a group of female journalists from all over Africa invited to witness and experience the work done at New Start Centers across Zimbabwe on cervical cancer screening. Cervical cancer has been named one of the most common killers among women today and yet it is also one of the most curable if detected early.

Zimbabwe embarked on a series of screening campaigns which unfortunately has been overwhelming for health practitioners who have to work with limited resources and citizens who have to be on a waiting list for weeks and at times months to be called for a screening procedure.

So for me it was delighting to be able to bypass the waiting list and be able to undergo this life saving procedure so as to encourage other ladies to get it done as well. First I went for an HIV test after which I went into a small room with a large TV monitor and a few computers and complicated looking machines. A lady in white who was behind the computer asked me to remove my trousers and to lie facing upwards on the bed with my legs apart.

I had heard all sorts of rumours about how your uterus is sucked out of you and put on a table and then examined. I was expecting an unpleasant feeling while lying there with my legs apart. I could even hear the lady grab some metal sounding tools from a bucket with a clear liquid in it. As I tilted my head slightly to the side to see what it was I spotted a curved medium sized metal object, half the palm of my hand in width and about 15-20 centimeters long. I was still wondering where she planned to put that thing when I felt a cold movement in my vagina and like something making its way in. It felt like I was being opened up and some air was rushing into my privates. Later the monitor was alive with pictures of the inner lining of my uterus in full view on the screen. It was dark pinkish in colourand shiny. The lady asked me to compare what I was seeing on the monitor to what was on pictures around the examination room to get my result. I told her it looked like there were no signs of cancer cells and she agreed. I asked her why then the skin looked so dark almost red and she said it is because I had had a baby before and was on contraceptives and that is how the womb would react to such experiences.

For the next couple of hours, I kept trying to squeeze my legs together because it still felt like the metal object was still up there somewhere. I was however glad that at least for the next 12 months had been given the nod of good health. 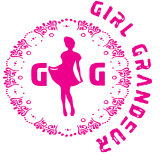 Girl Grandeur Zimbabwe was founded in 2013 as a social club for girls and women in hopes that it would address the lack of an informal club for women to just come together and have fun and build friendships. This club was to help women to share their experiences and advise each other on their respective grievances.